Six reasons to say no to a smart meter!

The great smart meter revolution has faltered and households can choose, once again, to opt out and keep hold of their old-fashioned utility meters which require manual reading.

When they were introduced in 2009, smart meters were supposed to simplify the billing process and ensure readings were up to date and accurate. But the roll-out has been plagued with problems - as explained below.

Now, according to research conducted by comparethemarket.com, one in five people do not want one.

The controversy around smart meters is more so because it is the Government's job to set overall energy policy, not the job of suppliers, and the move away from carbon-based energy sources, the national roll-out of smart meters, and the expansion of renewables and nuclear power has cost consequences, with the consumer expected to pick up the tab.

Every household will, ultimately, pay for the new meter roll-out via their bills. As energy companies are quick to say, this is one reason why bills are rising.

But should you get one? These are six key considerations.

Early adopters of smart meters got a nasty shock when they later tried to switch energy provider.

Some of the "first generation" smart meters fitted in households are currently incompatible with a new national communications network - which is how your usage data is transmitted to the energy provider.

Meters not connected to this system "go dumb" when consumers switch suppliers, meaning their new smart meters are no better than the old-fashioned ones. Customers would have to submit readings manually as before - something which can actually be more difficult with a "smart-meter-turned-dumb" than an old-fashioned meter.

The Government and Smart Energy GB, the body tasked with promoting the rollout of smart meters, insist the original meters will eventually connect with the network. However, insiders at some of the large energy companies have said they may need to be replaced.

For many homeowners, who believed they would gain even more control over their bills, the introduction of a smart meter has been a disappointment.

The majority of energy providers encourage customers to pay via annual payment plans, where their yearly usage is estimated in advance and the cost split into 12 payments. This means that millions of bills still refer to "estimated" use, even where customers have smart meters.

It also means that many customers are, as before, have credits on their accounts of hundreds of pounds.

Errors with meters also mean that wrong information is being sent and acted upon by suppliers.

Angela Forman, who lives in East Sussex, agreed to have a smart meter installed after being told it would remove the need to send monthly meter readings. She had been on an Economy 7 tariff, which takes separate readings in day and night, when energy demand and cost is lower.

However when she received her first bill under the smart system it was for £114, much higher than her usual £94. Her meter had a fault and was sending her energy company an estimated reading, actively costing her money.

And horror stories have swamped social media of customers being billed tens of thousands of pounds incorrectly.

Mark Umpleby tweeted SSE with a photo that said he had used £33,183 of gas in one day - 2,765,175 per cent over budget. Another customer, Usman Hussain, tweeted a picture of his meter saying he would be charged nearly £9,600 for his day's electricity and gas.

The successful operation of smart meters can also be a postcode lottery. Live in an area with poor mobile signal? There's a chance your smart meter won't work.

This was the issue for Mrs Forman. The mobile reception was not good enough, which forced her smart meter to revert to "dumb mode" and send estimated readings.

Another reader, Suzanne Harvey, had a smart meter installed in 2014 and was told by the engineer who fitted it that the poor reception might create difficulties. This proved to be the case and she failed to receive a bill for almost a year.

Smart Energy GB expects the rollout of the national network to make the meters independent of mobile coverage - effectively fixing this problem.

Many have complained that the "smart interface" of their meter - the device which sits inside the house and displays data about usage and cost - is difficult to understand.

The hope is that mobile apps will be developed which are more user-friendly.

Ovo, one of the newer providers and an advocate of smart meters, has an app which shows usage and readings updated by week. It also shows any current balance as well as usage and cost over recent months.

The policy on smart meters was first championed by former Labour leader Ed Miliband - and later by the Tories - as a way of bringing down Britain's energy use. They had been popular in Europe for this reason.

However, some argue that there is no real evidence to back up the claim that the smart meter could revolutionise our energy habits.

In fact, devices which are designed to reduce usage, including energy-saving LED lightbulbs and dimmer switches, can actually "change the shape" of electrical currents and distort readings. A Dutch study found this resulted in readings up to six times higher than they should have been. 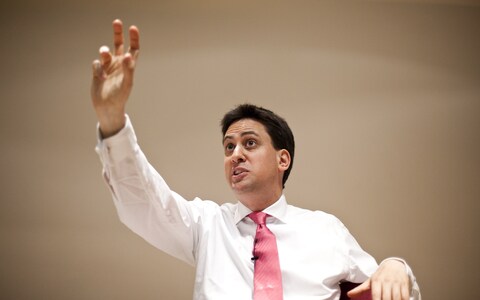 If consumers are using a smart meter to track and reduce their daily usage, their efforts could be stumped by such glitches.

Even where meters are working as planned, savings are small. Little data exists as yet but one provider, British Gas, has said that its customers using smart meters save on average £30 a year.

Before the smart meter rollout many experts highlighted security fears about the devices, claiming they could be hacked.

Security experts warn that the smart meters can be infected with a virus that can spread between different devices, and cutting some individual energy supplies off. Others warn that they could even be hacked and used for terrorism.

The Financial Times reported a year ago that intelligence service GCHQ intervened to protect the network, after fears that a hacker could gain access to every smart meter and "start blowing things up". The authorities consistently reassured the public that the devices were secure and safe.

An investigation by BBC Watchdog, which aired in late July, also raised questions about the links between smart meters and fires. It was not clear whether the meters themselves, or their installation, was at fault.