Prince Andrew allegedly lobbied the US government on Jeffrey Epstein’s behalf so he would receive a “favourable” plea deal for an underage prostitution case in 2008, according to newly-released court documents.

The documents are from a now-settled defamation lawsuit in 2015 filed by Virginia Roberts Giuffre, who claims she had sex with Prince Andrew when she was just 17 years old.

Within the documents it is alleged that Maxwell abused underaged girls, with Giuffre saying “she trained me as a sex slave”.

Two of Epstein’s victims, known as Jane Doe 1 and Jane Doe 2, claim Epstein depended on high-profile friends like Prince Andrew to secure a favourable sentence from the US attorney in South Florida in 2008.

They called for the release of the documents in the case as it would reveal Prince Andrew’s role in Epstein’s case. 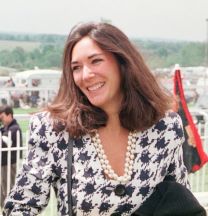 Lawyers for the two anonymous Epstein accusers from the court documents wrote: “(They are) seeking documents regarding Epstein’s lobbying efforts to persuade the government to give him a favorable plea arrangement, including efforts on his behalf by Prince Andrew and former Harvard law professor Alan Dershowitz.

“They have alleged these materials are needed to prove their allegations that, after Epstein signed the non-prosecution agreement his performance was delayed while he used his significant social and political connections to lobby the justice department to obtain a more favorable plea deal.”

Giuffre says Epstein told her "everyone owes him favours. They're all in each other's pockets."

The documents also contain a transcript deposition given by Epstein’s main accuser, Giuffre, who has also made allegations against Prince Andrew.

Giuffre claimed in the suit and other litigation that Maxwell recruited her in 2000 to be a sexual servant to Epstein. She said the couple subsequently pressured her into having sex with numerous rich or notable men, including the Duke of York, US politicians, wealthy entrepreneurs, a famous scientist and fashion designer.

Maxwell, and all of the accused men, have denied those allegations for years.

Giuffre was pictured alongside the royal in Maxwell's London townhouse in 2001, hours after she claims she first met Andrew in Tramp nightclub in Mayfair.

Virginia Roberts Giuffre claims that Ghislaine Maxwell arranged for her to have sex with the Duke of York at her London homeCredit: Bebeto Matthews/AP

One email, sent from Epstein’s email address but written in Maxwell’s voice, appeared to be a draft statement or set of talking points for Maxwell to use in defending herself. It said she had been the target of “false allegations of impropriety and offensive behaviour that I abhor and have never ever been party to.”

Responding to a Maxwell email a few days later, Epstein wrote: “You have done nothing wrong and I (would) urge you to start acting like it.” He suggested she go outside and hold her head high, “not as an (escaping) convict.”

Epstein killed himself last summer while awaiting trial on sex trafficking charges. Maxwell was recently arrested on federal charges that she recruited at least three girls, including one as young as 14, for Epstein to sexually abuse in the 1990s. Prosecutors said she also joined in the abuse.

Underage girl forced to have sex with Prince Andrew, US court document claims

The sex offender Jeffrey Epstein allegedly tried to gather incriminating material against Prince Andrew by forcing an underage girl to have sex with him, according to newly released court documents.

The papers released by a court in New York say the alleged encounter took place on the late US financier’s private island in the US Virgin Islands. A document claims Epstein instructed the girl, referred to as Jane Doe #3, but known to be Virginia Roberts Giuffre, to “give the prince whatever he demanded and report back to him on the details of the sexual abuse”.

Epstein allegedly sexually trafficked the girl to powerful people to “ingratiate himself with them for business, personal, political and financial gain, as well as to obtain potential blackmail information”. They included “numerous prominent American politicians, powerful business executives, foreign presidents, a well-known prime minister, and other world leaders.”

The papers, part of prior litigation, also contain the claim that Andrew tried to lobby the US on behalf of Epstein to help secure a “favourable plea arrangement”.

The papers are part of a 2015 civil court battle between Epstein and his former girlfriend Ghislaine Maxwell, and Giuffre, now 36, who accused the couple of sexual abuse. She also claimed she was forced to have sex with Prince Andrew, which he vehemently denies.

The papers were released after a judge rejected an attempt by Maxwell’s lawyers to keep them secret. A friend of Prince Andrew said: “The US federal appeals court said in 2019 these allegations should be treated with ‘extreme caution’. Allegations are not the same as facts, which is the essential premise on which justice works. Let’s see if these allegations stand up, because precious few about the duke do – where’s the proof?”

On the lobbying claim, the friend added: “This allegation is a straightforward untruth. No ifs, no buts.”

Lawyers for two other alleged victims in the 2015 civil case, referred to as Jane Doe #1 and #2, requested the release of documents showing the alleged lobbying by the Prince.

They are seeking “documents regarding Epstein’s lobbying efforts to persuade the government to give him a more favourable plea arrangement and/or non-prosecution agreement, including efforts on his behalf by Prince Andrew and the former Harvard law professor Alan Dershowitz”.

No precise dates are given for the alleged incidents. But it is claimed Jane Doe #3 was first approached by Maxwell in 1999, when she was 15. Epstein kept her as a “sex slave” from about 1999 to 2002, before she escaped and fled to another country, according to a document.

Similar allegations about Prince Andrew having sex with an underage girl were ordered to be struck from court records in 2015 in the civil case. At the time the judge did not rule on the veracity of the claims.

Maxwell was arrested recently on federal charges that she recruited at least three girls, including one as young as 14, for Epstein to sexually abuse in the 1990s. Prosecutors said she also joined in the abuse. Maxwell is in jail awaiting trial in New York.